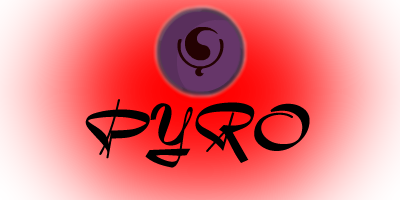 For All Pyro Guild Members

You are not connected. Please login or register 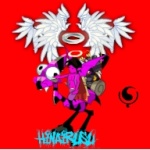 Welcome to Hinairusu's guide to the Intel Feca

1 – forever, Intel based we go.
For those who are P2P, and can reset at the class dopples, you might consider going for 1-100 in intel, wisdom to 100, then resetting at lvl 80 to pure intel (as you levelled faster and have access to the glyphs).

Vitality – not really important for a reducer

Strength – must be scrolled to 25 or higher

Intelligence – scroll if you can, its not vital for higher levels.

Chance – must be scrolled to 25 or higher

Agility – must be scrolled to 25 or higher

Reasoning:
Most common attack formats are earth/neutral and intel attacks. With these two covered, all you have to fear is the odd monster, and ap/mp rape.

TIP TWO
Reinforced protection every time your shields wear down.

Reasoning:
Yeah, so you cant attack with that sexy staff of yours, big wow. Choose, 20% less damage from everything and live an extra turn to shield, or deal a 100 or so damage and die that turn.

TIP THREE
Sacriers. Do not shield. EVER.

Reasoning:
If the sac doesn’t tell you to shield it, DONT DO IT. With the exception of ap losses, shielding a scarier actually reduces its damage potential. Therefore, don’t do it.

TIP FOUR
If you have an Eni, protect it at ALL costs.

Reasoning:
You are the shield. if your Eni dies, guess who is next. Your job in this situation is to Reinforced protection, truce or immunity it, and keep it alive until it can heal itself.

Reasoning:
You wont need to heal alot, but you also wont have high pods due to being intel, so your free to play around with professions

TIP SIX
Begging / bragging. Don’t do it. Ever.

Reasoning:
Begging gets you invited into less groups, and bragging makes us think you can do it yourself, so we will leave you to it yourself. Yes, we know you think you’re awesome and can kill a level blah monster, but we know full well that Crocabulia will still own you without us.


TIP SEVEN.
Order of things to kill in a solo fight.

Unbewitch = no shields = dead. Therefore kill them first. After that, healers are only annoying due to your low to average damage output, the rest is just hp stomping.


Final note.
An intel feca, scrolled and played correctly, can be one of the most powerful classes in the game, and can do an aweful lot more than a lot of other classes at its level. Just keep an eye on your shield cooldowns, and don’t get caught unprotected.
hinairusu